Back to Concepts
Science & Medicine 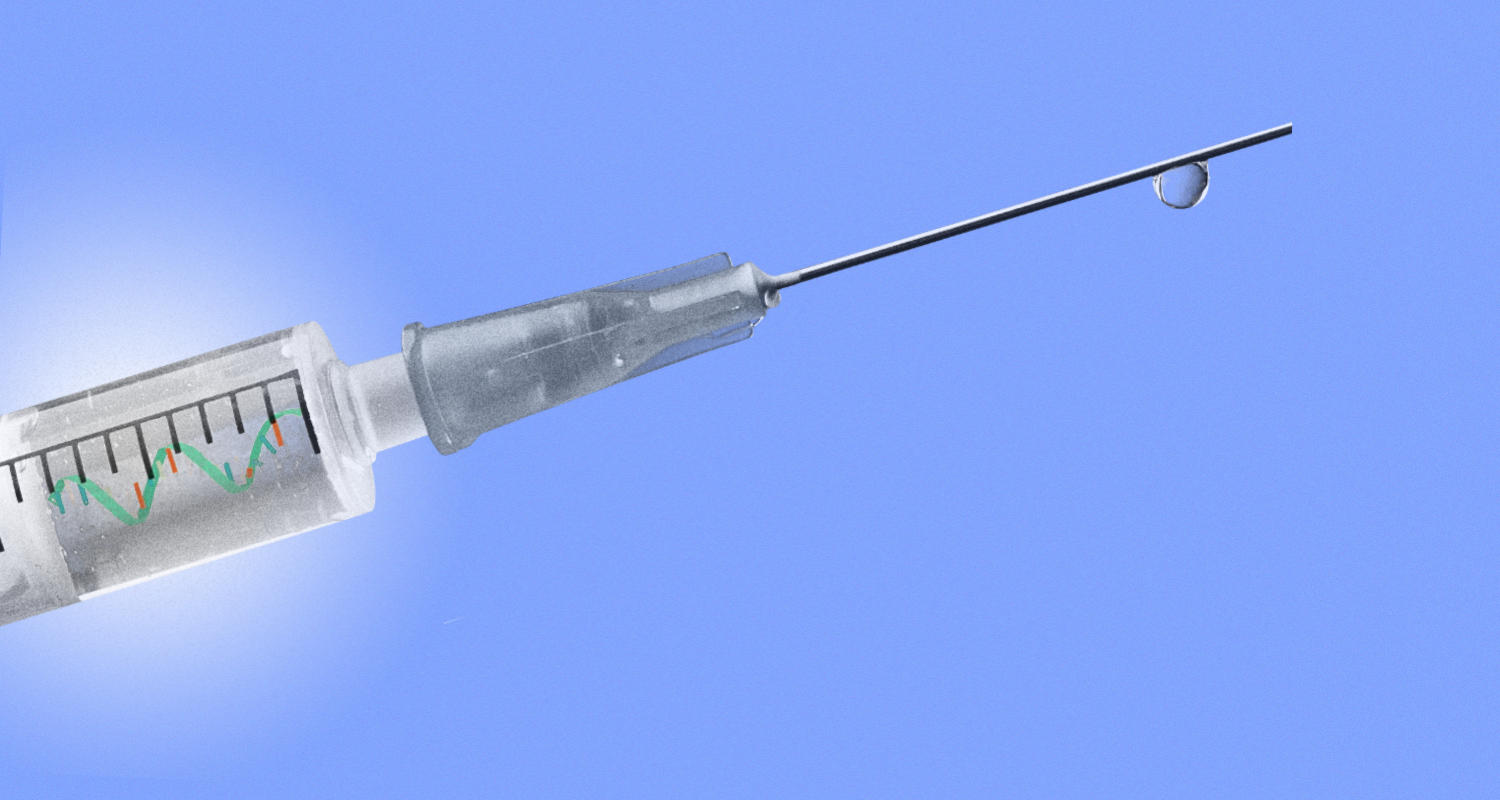 What is an mRNA Vaccine?

mRNA, or messenger RNA, is a blueprint molecule that tells living cells how to make proteins. mRNA vaccines contain synthetic mRNA that encodes a disease-specific protein. When injected, the synthetic mRNA teaches our bodies to generate a lasting immune response.

Conventional vaccines are made from lab-grown viruses, which scientists then adapt for injection into humans. In the 1980s, scientists began exploring more efficient methods of vaccine manufacturing. Since mRNA is cheap and easy to synthesize, scientists hypothesized that mRNA isolated from pathogens could be used to vaccinate people just as well as conventional vaccines.

After decades of research, scientists finally developed methods to package mRNA vaccines that are effective at generating immune responses. In 2020, as the Covid-19 pandemic spread, scientists worked at a breakneck pace to create a safe and effective Covid-19 mRNA vaccine.

mRNA vaccines undergo the same vetting processes that other vaccines go through (read: they are safe). mRNA vaccines only contain fragments of mRNA, so they don’t introduce live virus into the body and can’t change or alter DNA once injected.

mRNA vaccines are a new and exciting technology that could open many doors in personalized medicine. In the context of cancer, mRNA vaccines could be tailored to fit the unique gene expression profile of individual tumors. In fact, they could be engineered to treat any disease influenced by known genetic factors, such as diabetes or Alzheimer’s. The possibilities are endless - and exciting.

While the clinical efficacy of mRNA vaccines for diseases other than Covid-19 remains to be seen, they are 100% a promising technology worth paying attention to.

Healthcare is messy, our newsletter is not.

From technology and policy to medicine and innovation, our free newsletter keeps you up-to-date on all things healthcare.